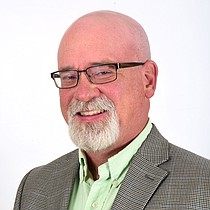 • INFLUENCE – A letter that came in this week from “Nancy” made very salient points about what is wrong with this country. Her letter was in response to one by Susan Lanning, which cited the caging of children at the border, denying health care to the most vulnerable and enriching the wealthiest Americans at the expense of the poor and middle class.

• SERIOUSLY? – The story from the Associated Press sets the stage: “Facebook has decided not to limit how political ads can be targeted to specific groups of people, as its main digital-ad rival Google did in November to fight misinformation.”

Pension board warns governments may have overpaid or underpaid

The Public Safety Personnel Retirement System has been a contentious issue for communities in the Quad Cities in the past decade, and the PSPRS board this week warned that state and local governments may have overpaid or underpaid their mandatory pension payments over the past two years.

• PARTISAN – I received a note in the mail a little while back commenting on a column I wrote in November, “Tribal politics has to go.”

Fire, police and medical units responded at about 4:30 p.m. Sunday, Dec. 29, to the 3400 block of North Dale Drive, Prescott Valley, after flames were reported shooting out of the back of a house.

The light cascades down the water-worn stone. A simple tourist snapshot detects only a fraction of the detail.

As of this writing — Thursday, Dec. 26 — the Prescott area received only a dusting for Christmas (kind of like putting flour in a sifter and tapping it slightly overhead).

During the Christmas season, I often remind people of something that feels like it was from the story of “How the Grinch Stole Christmas.”

A rancher on Friday, Dec. 13, discovered wreckage of an airplane – and a body – that was a “couple days old” on his property southeast of Interstate 17 and Highway 169.