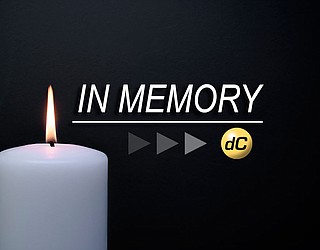 Bud was born and raised in Great Falls, Montana, and after all these years in Arizona still considered himself a Montanan. Bud loved everything outdoorsy and was a master fisherman (dry fly), hunter, and dirt bike rider (in his younger days). There was never a job or a project that Bud couldn’t or wouldn’t do, all anyone had to do was ask and he would be there to figure it out.

Bud was a literal walking encyclopedia on the history of every war ever fought (swear), everything you ever wanted to know about the westward expansion and the Native American war - just ask Bud.

He would also comment on movies if they weren’t being portrayed accurately. This trait could be annoying! The series, “Star Trek” was memorized and on DVDs. Yes, the entire series thanks to his sister, Suzie. “Lord of the Rings” movies didn’t follow the books exactly and we know this because he commented continuously during each one of them.

Also, annoying. Bud always let off an air of chillness that attracted other people. Anyone who ever met Bud instantly liked him. Nobody ever had a negative word to say about Bud and anyone who had the opportunity to have a conversation with Bud, and gave him time to speak his mind, always received a healthy dose of wisdom and a sense of calmness. Bud’s chillness extended into his patience. It would always take an immense amount of pressure to anger him and if you did somehow accomplish this, more than likely it was your fault. Probably for being aggressively dim. Bud will be sorely missed by his family and all who had the good fortune to know him. He is survived by his wife, Trudy Strand Gruver; sons Harold (Hal) Gruver, and Curtis Gruver. Also, his sisters Lindakaye Christopherson and husband Barry, Suzan Sainsbury and husband Rob, plus many nieces and nephews. The family will be hosting a Commemoration for Bud on Saturday Aug. 17th from 2 - 6 p.m., or longer. At our home: 7021 E. Fox Circle, Prescott Valley. All who knew Bud are welcome. Funeral arrangements entrusted to Sunrise Funeral Home. Information provided by survivors.