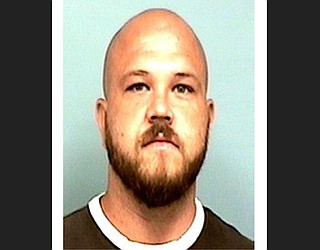 Troy Mobley, one of three suspects allegedly involved in a shooting that took place in the Prescott Valley area early Tuesday morning, June 12, was shot and killed at a Spring Valley home later that day. Detectives have released the findings of their preliminary investigation into his death.

Detectives with the Yavapai County Sheriff’s Office (YCSO) believe they know what led to the death of Troy Mobley, one of three suspects allegedly involved in a shooting that took place in the Prescott Valley area early Tuesday morning, June 12.

Later that Tuesday, Mobley went to the home of someone he knows on Meadow Lane in Spring Valley just after 8 p.m., YCSO said. The homeowner’s wife initially spotted him wearing a wig in their backyard.

Knowing that Mobley was a suspect in the earlier shooting and possibly armed, the homeowner went outside and told him to leave, YCSO reported.

Mobley immediately struck the homeowner in the mouth with a soda can, then reached into his pocket, YCSO reported. The homeowner, now armed, considered the likelihood Mobley was reaching for a firearm and shot him. At that time, the homeowner’s wife and several small children were in the home.

Detectives determined Mobley was not armed when he was shot. The homeowner suffered injuries and was treated at the scene. No arrest was made at the time. Mobley was airlifted to a Phoenix hospital where he later died.

The incident remains under review and the documented investigation will be submitted to the Yavapai County Attorney to determine if any charges will be filed against the homeowner.

The original victim from the shooting incident in the Prescott Valley area earlier that day has since been released from the hospital.